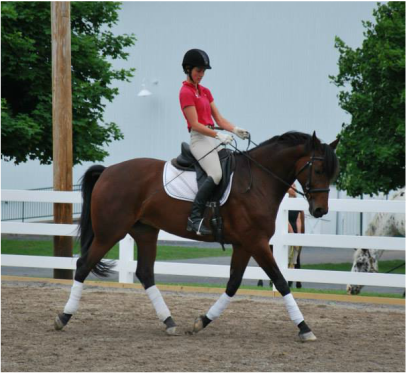 I began riding at the age of 7, and have been very involved ever since. I started out in dressage, then did some hunters, before finally falling in love with eventing. I have a good bit of experience with young and green horses; I could never afford made horses, so I have had to make them myself! My mare, Felicity, was the first horse I started from the very beginning. I got her as an unbroken 2 year old in 2008 and competed her through 2nd level dressage, schooling 3rd and 4th level movements. She was also a very talented and scopey jumper, I intended to event her but she didn't quite have the bravery for the upper-level cross country. Never the less, she took me successfully to both my C-3 and my B traditional USPC ratings/certifications. I eventually had to make the tough decision to sell Felicity, as my goals were in eventing and hers were not. She is now a fat and happy hunter and brood mare in North Carolina! 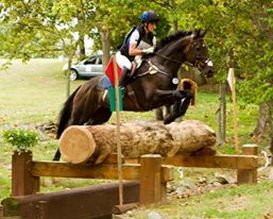 Willie (will.i.am) jumps the trekhner at Surefire!
The horse that gave me a taste of the big leagues was Willie. He was an absolute saint of an ottb, a total dream boat and gentleman, with big heart and a lot to give. In his first season competing at recognized horse trials he finished on his dressage score at each novice outing, placing in the top three every time, with a commanding win at Richland Park horse trials on a 27.5. From beginner novice through preliminary he never incurred a single jump penalty with me on cross country. Unfortunately after a few very successful runs at Preliminary he began to feel less confident. Given that he was such a wonderful horse I decided to find him a home competing at the lower levels. He enjoyed a season kicking butt at BN with his new girl but was unfortunately diagnosed with kissing spine, which likely had manifested itself in the tentativeness I began to feel to the bigger cross country questions. He is now enjoying a comfortable retirement, as he well deserves! 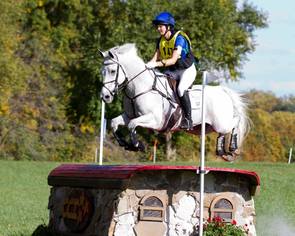 I spent many years as a working student/groom for Allie Sacksen. At von Sacksen Eventing I gained a lot of valuable experience training young horses as well as riding the upper-level horses. I was lucky to be her groom for numerous international events, including Rolex in 2015! Though we parted ways in 2016 I will always count my time with her as invaluable to making me the horsewoman I am today! 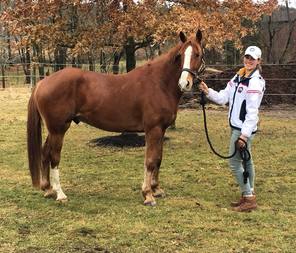 ​      Currently, I have a young horse that I'm hoping to bring up the levels. Felix theoretically a resale project- he is small but hopefully mighty, standing at just 15.1hh. He's 1/2 Connemara Pony, 1/4 Hanoverian, and 1/4 Thoroughbred. He is very, very green but coming along nicely. He gets to come down with me to Aiken, SC in early March 2018. I'll know more about how he feels about being an event horse after that! 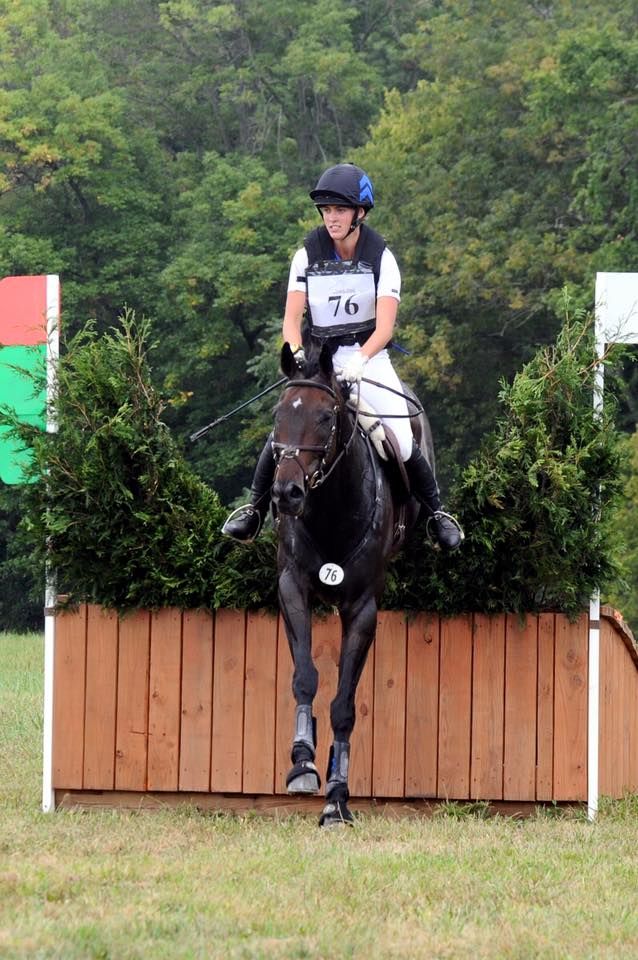 Willie jumping around his first preliminary at Seneca, finishing 2nd!